Out of Band Networks are highly effective means to improve network resilience: they provide network engineers and site reliability engineering teams alternative methods to access key infrastructure operating in the datacenter, the edge, or the cloud. Today's demands for uptime and availability of even the most basic applications can leverage out of band networks to enhance the ability to recover from outages quickly and recover network resilience.

Big Network has compiled a list of 10 things everyone should know about out of band networks:

1. What is an Out of Band Network?

An out of band network is a means to access your infrastructure, such as servers, network equipment, firewalls, routers, and other IT devices when your primary path for access is down.

2. Why do Out of Band Networks need to exist?

On the Internet, everyone has a bad day once in a while. From the largest social media sites to clouds and to e-commerce, complex IT systems have problems; operators make errors with configuration, network automation software has bugs, and distributed denial of service (DDoS) attacks happen. An out of band network gives operators a dedicated path that is separate for key tasks or gets around outages in the primary path.

3. What are in-band and out of band signaling in networks?

4. What do I need to deploy an Out of Band Network?

Deploying an out of band network requires careful planning, equipment and software selection, and implementation. First and foremost, it is key to create a separate path into your environment away from the main production path:

The key is that this is a /different/ data path that is not available to the general consumer of your services.

The key is that this is a /different/ data path that is not available to the general consumer of your services.

From there, selecting the appropriate equipment and software is required. OOB hardware should be low in power consumption, offer a variety of WAN and LAN ports, and the software should enable secure remote access to the environment at hand.

5. I thought OOB networking was limited to Serial Ports - why are you talking about WAN and LAN ports?

It certainly was the case that OOB networking related to serial ports in older times of networking. Legacy networking gear often provided users with a “console” port, which provided serial access to the device from a local workstation. Serial terminal servers were used to gateway from ethernet networks to serial connections for remote access.

In 2022, most modern networking devices offer both serial console connections and dedicated management ethernet connections. Importantly, both of these pathways are dedicated paths for secure remote management out of the main data plane of devices.

6. How does OOB networking relate to Network Resilience Engineering?

Network resilience engineering (NRE) is a relatively new practice in the world of IT. NRE focuses on network design and architecture so that networks remain available and stable during routine and unexpected failures. NREs use tools like network simulators, pre-production environments, and labs to evaluate network designs and stability.

However, this is no substitute for real-world testing. “Pull the plug” tests are the strongest way to test your network resilience, and it is during these tests that OOB networks provide the backup path for visibility and observability.

7. What features are required in a modern OOB network?

A modern OOB network should implement at least the following features:

8. Are modern OOB networks expensive to acquire and operate?

They don’t have to be! Software Defined Networking (SDN) technology allows OOB networks to be flexibly and robustly designed across a variety of platforms. SD-WAN removes the need for costly leased lines and dedicated MPLS or VPLS solutions.

The components to a modern OOB network include:

Often, the big cost in legacy OOB solutions is the site-to-site dedicated networking,particularly in the form of leased lines and/or MPLS services. An SD-WAN and VPN-based solution, carried over commodity DIA, can offer a more robust resiliency profile at a fraction of the cost.

9. OK OK OK, I know I need this, but it still seems like a lot. What are some real world examples of OOB networks helping to create network resiliency?

OK, well, you asked, and three big ones come to mind:

Rogers, a Canadian ISP, took a nationwide outage across wired and wireless networks across their entire footprint. Given the extensive nature of the outage and duration of the event, it is safe to assume that both in-band and out of band methods were hampered.

Facebook takes a global outage. In their post-event blog publication, we learned that their recovery efforts were inhibited due to dependencies in their OOB network design that didn’t make their between quite as out of band as they thought…real diverse OOB is needed!

Centurylink experienced a nationwide outage due to FlowSpec rule deployment, which hampered their remote access to the affected routers. Robust and diverse out of band could have provided a valuable safety net in applying, then backing out, the FlowSpec rule. 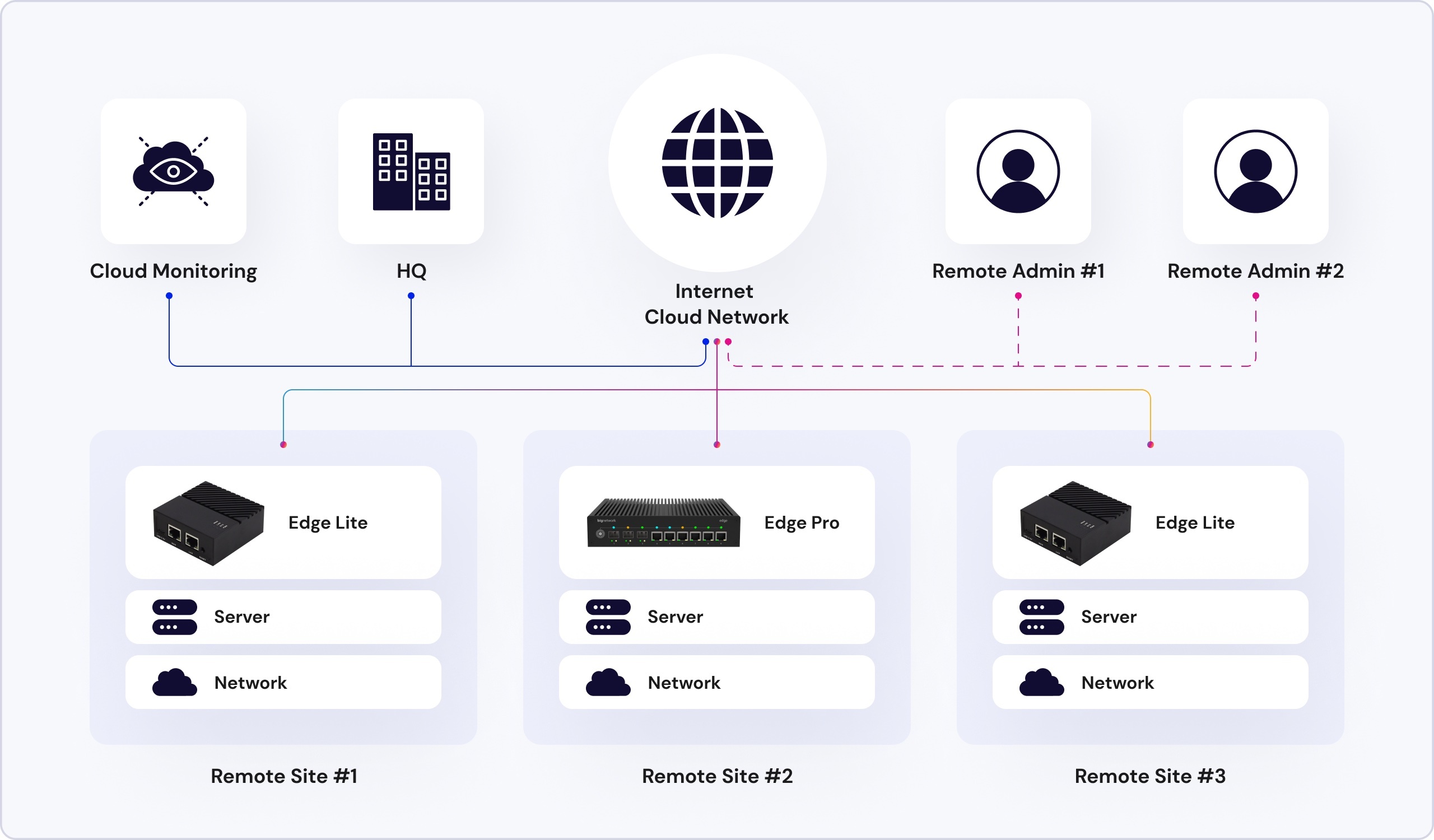 10. How does Big Network help to build secure Out of Band solutions?